Investigating Russia Around the World: A GIJN Toolkit 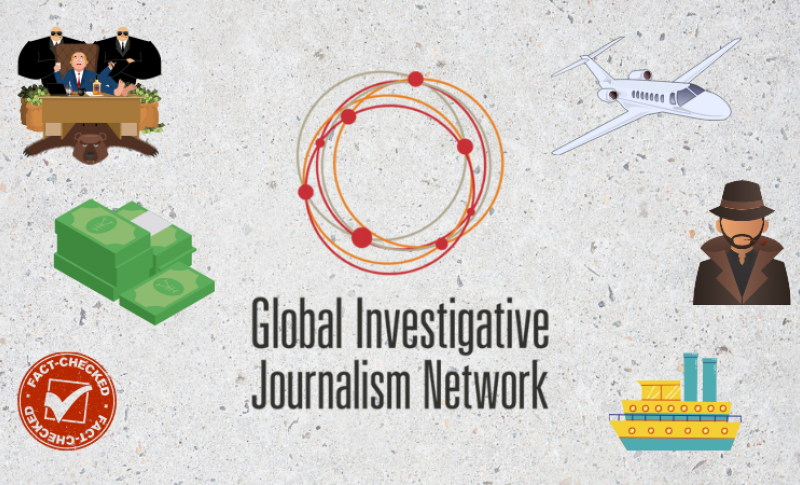 This text has been translated into nine languages and Balkansmedia.org wants to widen the reach of these useful tools throughout the Western Balkans by translating it into Albanian, Macedonian and BCS.

Balkansmedia wrote about research on airplane ownership and travel routes, as well as movement tracking through social media.

We are sharing the GIJN Toolkit below.

Russia’s war against Ukraine has sparked an explosion of interest in what Moscow is up to around the world. With that in mind, GIJN has assembled a kind of starter-toolkit to help journalists track Russian assets, political interference, and disinformation in their countries. From oligarch planes to sanctions trackers, you’ll find over 30 useful sites here. We’ve also included some of the best tools we’ve seen for following Russia’s war on Ukraine. This is a work-in-progress, so be sure to send us your comments and additions.

Note: Many of the databases below contain records that are raw and unverified. As with any research or reporting, the information and assertions from these sources should be verified and cross-checked.

Russian Assets: Two dozen media outlets have teamed up for the Russian Asset Tracker, a project “to track down and catalogue the vast wealth held outside Russia by oligarchs and key figures close to Russian President Vladimir Putin.”

Oligarchs — The Navalny 35: The Navalny 35 was originally a list of Russian oligarchs and top officials recommended for sanctions for their alleged role in the poisoning and imprisonment of dissident Alexei Navalny. The list has since expanded.

Oligarchs – Who’s Who: Forbes is a useful starting point for Russian billionaires. The business magazine’s annual Richest People in the World includes 15 Russians among the top 200. Here’s a look at 20 oligarchs hit by sanctions, and a guide to their mansions and estates.

Oligarchs — Donations: A 2020 report by the Anti-Corruption Data Collective documents some $400 million in donations by post-Soviet oligarchs tied to political interference to over 200 top US nonprofits, from think tanks and museums to universities.

Sanctions Tracker: This tracker provides live monitoring of global sanctions against Russia, by GIJN member Correctiv. Lighthouse Reports, Open Sanctions, and RuPEP partnered with Correctiv to develop the Who’s Who add-on to the tracker. Search by country, company, and individual.

Business Boycotts: The Yale Chief Executive Leadership Institute lists over 300 companies that have suspended or cut ties with Russia — and tracks which ones haven’t. This Twitter thread also follows who’s taking action.

Plane Watch: Started by a first year student at University of Central Florida, @RUOligarchJets on Twitter tracks flights around the world. See also GIJN’s Planespotting: A Guide to Tracking Aircraft Around the World.

Planes and Ships: Russia’s FBK anti-corruption nonprofit used the MarineTraffic and FlightRadar databases to find a super-yacht whose ownership a Putin pal tried to disguise as a gift for his mistress. They searched for shipping departure dates within 24 hours of private jet arrival dates at airports near those ports, and scraped photos on the mistress’s social media to confirm the vessel’s identity. Don’t miss the GIJN guide on flight-tracking, there are useful tips on finding private plane owners. Forbes also put together this Guide to The Private Jets and Helicopters Owned by Sanctioned Russian Billionaires.

Asset Seizure: @ForfeitureTrack on Twitter follows asset seizures and forfeitures of Russian oligarch holdings by US and international authorities.

Persons of Interest: The Aleph database – run by the Organized Crime and Corruption Reporting Project – is a vast public archive of government records and open databases on persons of interest, companies, financial transactions, and more.

Persons of Interest (Russia, Belarus): rupep.org bills itself as a “public database of  domestic politically exposed persons of Russia and Belarus,” with data on more than 14,000 people. Available in English and Russian. A project of the Anticorruption Action Centre.

Company Registrations: Open Corporates boasts that it is the largest open database of companies in the world — and they offer free access to journalists.

Offshore Holdings: From oligarchs to Putin’s inner circle, search for Russians among more than 800,000 offshore companies, foundations, and trusts in the Offshore Leaks Database by the International Consortium of Investigative Journalists.

Ukraine Company Listings: YouControl is a database system that generates dossiers for four million companies and sole proprietorships in Ukraine based on open data.

More Asset Tracking: ruassets.com is a tool from Ukraine-based YouControl that accesses and analyzes databases from Russia, Belarus, Kazakhstan, Ukraine, and Europe, cross-checking with sanctions lists. Free to journalists.

Imports/Exports:  The UN Comtrade Database offers data on imports and exports by country and goods. Check it to find what Russia is buying from and selling to your country, including weapons and tech.

#UkraineFacts: The International Fact-Checking Network has launched a global collaboration, #UkraineFacts, to highlight propaganda, disinformation, and misinformation on Russia’s invasion of Ukraine.

Digging Out the Roots of Disinformation: Here’s a GIJN road map from two top journalists on the disinformation beat for tracking down who’s behind a propaganda campaign.

Search Telegram: Russian-built Telegram has become a major platform for anti-democratic groups around the world, including pro-Kremlin propagandists. Search for disinformation origins and conversations about the war in Google with the command Site:t.me followed by a space and your keywords – and analyze the useful channels you find using the tgstat.com tool.

Tips and Tools for Exposing Misinformation: This tip sheet from our friends at IJNet covers manipulated video, faked photos, and misleading claims and quotes tied to Russia’s invasion of Ukraine (also in Arabic, Russian, and Spanish)

Tracking Russian Spies: Have a name you want to check? Use Telegram digging bots like Eye of God and QuickOsintBot; face comparison tools like Azure; and leaked people databases like Cronos that are effective for Russian searches. There are also some potentially useful black market Russian databases – as well as discussion of the ethical considerations about their use – in this GIJN story on the online tools that exposed the state-backed poisoning of Alexei Navalny.

Electoral Intervention: This academic paper includes a data set of Russian interference in 27 foreign elections in 16 countries from 1991 to 2017.

Mercenaries: This French site, All Eyes on Wagner, tracks and investigates the international activities of Russian private security force The Wagner Group.

Map – Military Movements, Attacks: Liveuamap is an interactive map with links to video and photo evidence of military movements, strikes, and other events.

Map – Significant Incidents: This crowdsourced map by the Centre for Information Resilience, Bellingcat, Mnemonic, Conflict Intelligence Team and others documents and verifies significant incidents in the conflict.

Maps – News Media: Datawrapper’s Lisa Charlotte Muth posted a long tweet thread linking to resources and articles from over 40 newsrooms about the conflict, with plenty of maps.

Leaks on Russian Military: Rusleaks.info reportedly aggregates over a dozen databases with personal data on Russian military personnel, with thousands of names, addresses, phone numbers and more. Some records are from the Ukrainian government.

War Crimes — Listing: The Associated Press and FRONTLINE have launched War Crimes Watch Ukraine, in which they are gathering and documenting evidence of potential war crimes in Ukraine, including attacks on hospitals, schools, and civilian structures.

Attacks on Media: Ukraine’s Institute of Mass Information, a media watchdog NGO since 1995, runs a continuously updated chronicle of Russia’s War Crimes Against Media in Ukraine. As of March 31, it reported five journalists killed, one missing, six kidnapped, and 70 media outlets forced to close. For a region-wide look, see also the Committee to Protect Journalists’ Russia-Ukraine Watch.

Find a Source: Ukrainian communications professionals have formed a volunteer service to connect journalists to experts, reporters, eyewitnesses, photos, and video from inside Ukraine. Free to the news media.

Digging Into the Disinformation Campaign Behind Russia’s War on Ukraine