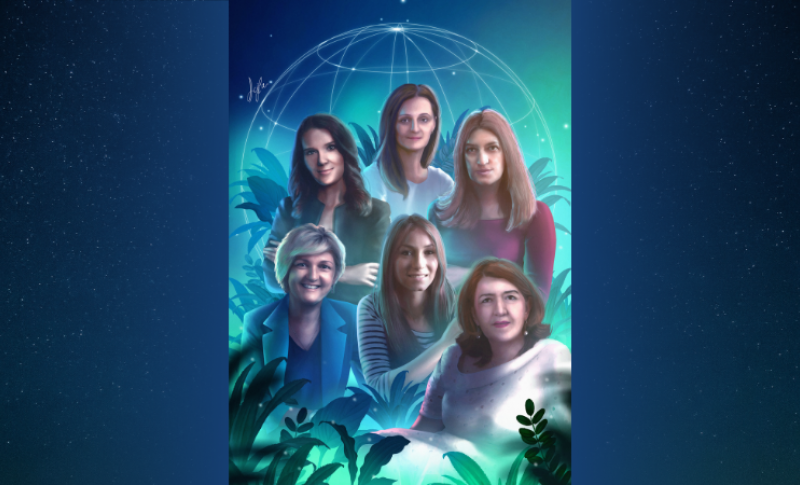 Happy International Women's Day and Women's History Month! Throughout March, Balkansmedia.org will present and celebrate just a few of the millions of women in media who have broken down barriers and paved the way for future generations of female journalists and media workers. USAID's Balkan Media Assistance Program (BMAP), implemented by Internews in partnership with FHI360, has had the pleasure of working with extraordinary women – journalists, editors and media CEOs throughout the Balkan Region. We decided to partner with Lejla Ahmedspahić, one of the illustrators who worked on the project #ŽeneBiH, a book that sought to break down stereotypes of women's roles in Bosnia's history. Together, we created six illustrations of amazing media workers in the Balkans in order to introduce you to women in media from your countries and countries from the region, and to share hope with younger generations of media workers that they are not alone, and that they have support and a foundation to build upon. Unfortunately, history constantly erases women who changed the world, but our goal is to remember, write about and remind our audience of heroines from the past to the present. We remember the first Bosnian journalist Milena Mrazović, Albanian-American journalist  Nexhmie Zaimi, Montenegrin journalist Zaga Berkuljan, Macedonian journalist Veselinka Malinske, as well as Serbian journalist Nada Marinković. Women constitute the majority of Balkan journalists, but are very rarely in management positions as directors, editors in chief and members of governing bodies of the media. We want to present you with women who are, as bravely as so many women before them, breaking barriers and creating new norms for media in the region.