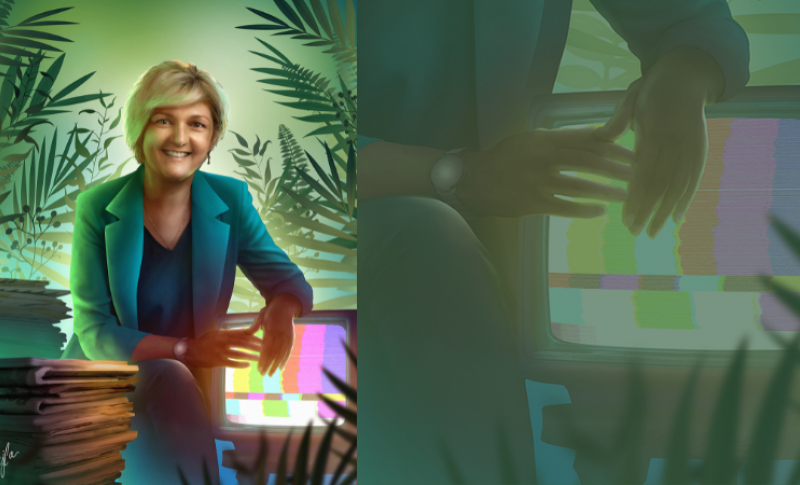 Marijana Bojanić is the Editor-in-Chief of Television Vijesti and Daily Press, which operates Vijesti's newspaper and online portal. Vijesti prides itself on its trusted brand; Television Vijesti is Montenegro’s most-watched channel, while the online portal has been the most-read in the country since it was established a decade ago. Bojanić graduated from the Faculty of Philosophy and began her career as a journalist for the weekly newspaper Monitor in 1999. She has won a variety of awards, including recognition for investigative journalism from the the Institute for Media in 2005, the Iskra award for philanthropy in 2012 and an award for management in 2017. She does a lot of charitable work, is an ecology activist and a married mother of three.

After working at Monitor, Bojanić joined TV Vijesti in 2008. She recalls, “It was a challenge, to cross over from a weekly newspaper with a different rhythm and way of work to television and a much faster tempo.” She also notes that working in different forms of television journalism gave her satisfaction, but also presented new challenges. “I perceive my new job in the same manner,” Marijana says. She believes it is important to not be burdened by form or limited to doing the work that is “in her job description,” and she widens her duties and interests on her own. “I think it’s good for me, and also for the media house I work at,” she says.

Marijana notes that it’s not always simple to fit in everything, with a very active family life, including the time she dedicates to her sons David and Nikša, her daughter Iskra, husband, mother, friends, hobbies, as well as cooking, which is her favorite anti-stress therapy, and travel. In the end, Marijana says, “My schedule is always booked, and while it is very hard to do it all, I chose this way of life and I’m always searching for new challenges.”