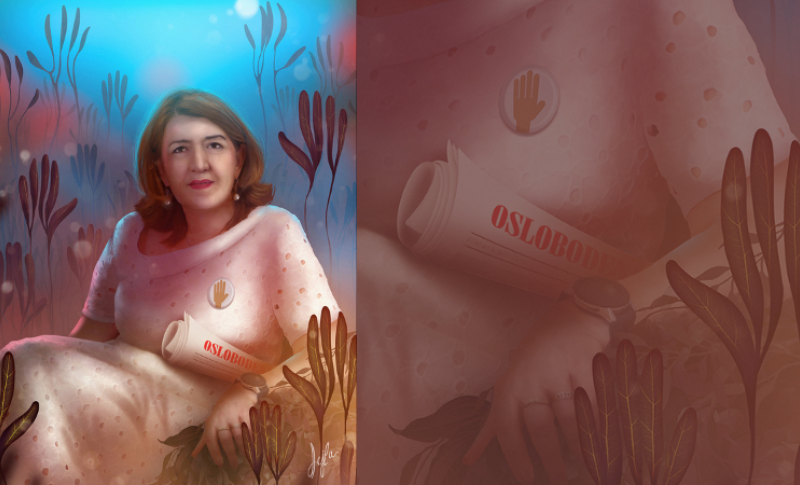 Vildana (Fuad) Selimbegović was born in Travnik in 1963 and graduated from the Gymnasium in Travnik and the Faculty of Political Science in Sarajevo, with a degree in Journalism Studies.

She worked in Sarajevo’s Večernje Novine in the period of 1988-1994, and from 1994 to 2008 she held multiple positions within the magazine Dani, working as Editor, Assistant to Editor-in-Chief, Executive Editor, Deputy Director and on two occasions Editor-in-Chief (2000-2003, 2005-2008). She was named  Journalist of the Year twice (1997 and 2001) in Woman 21 selection , and in 1998 the European Union and United States Government honored her for her contribution to the development of democracy and respect for human rights. Since October 2008, she has been the Editor-in-Chief of Oslobodjenje. In 2015, she was awarded the SAIS Award for Investigative Journalism in the USA. In 2017 she received an award from the Italian association Giavere for her contribution to respect for human rights, and in the same year she was named Journalist of the Year in BiH.